Join our community.
Receive useful tips and update notifications as soon as they become available.

How to Encrypt PortableApps 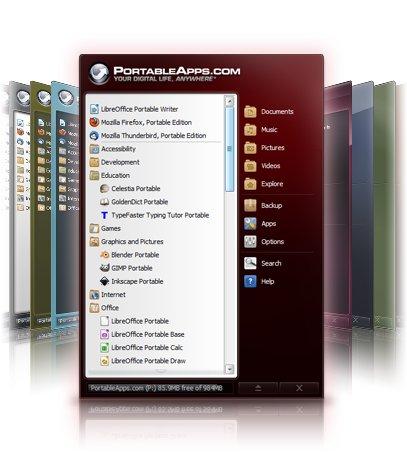 If there is no encrypted volume or container it is very easy to create one with the help Cryptic Disk. Just go through the instructions:
How to Create an Encrypted Container
How to Encrypt a Volume

1. Mount the encrypted volume to any free letter. 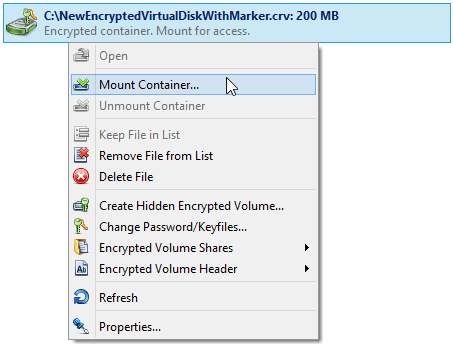 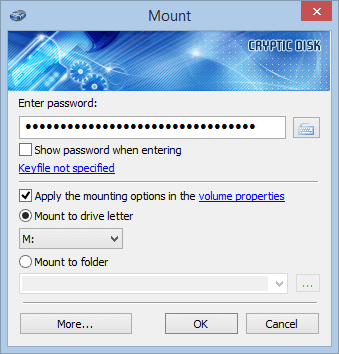 Go to the “Actions” tab, select the “After Mounting” subtab and click the Add button. Select the “Run programm…” option in the drop-down menu. 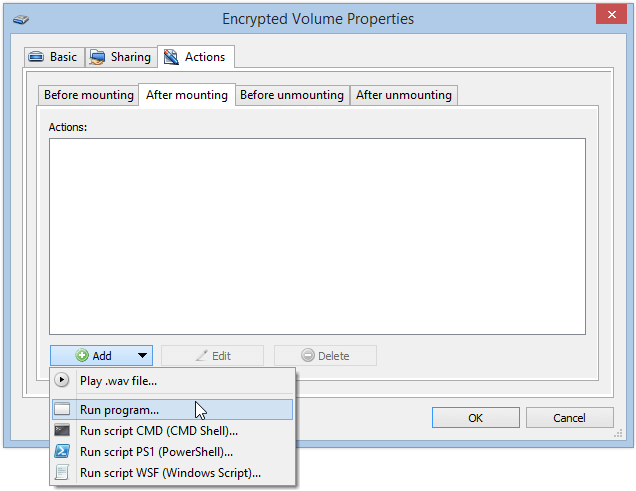 You should specify the path to the executable file of the PortableApps software in the window. Click the “…” button and select the Start.exe file in the PortableApps folder on the mounted encrypted volume.

Click the “OK” button in the software settings window and properties settings of the encrypted volume window.

Join our 17,000+ subscribers and receive the latest product updates and interesting articles.

Connect with us
Products
Languages
Try Cryptic Disk for free

Get started in just a few seconds and try Cryptic Disk free for 30 days.