Join our community.
Receive useful tips and update notifications as soon as they become available.

How to Encrypt a Dropbox folder 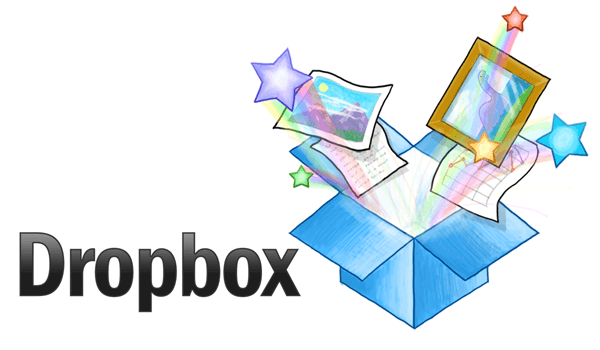 All the Dropbox files are stored open on the computer. Any person can access them. If you have some important documents, photos or other files and you want to limit other persons access to them, you can encrypt all this data.

Here are some ideas on how to store the Dropbox folder on an encrypted virtual volume. It means that the whole Dropbox folder will be stored on the computer encrypted and the password will be required to access it.

If there is no encrypted volume or container it is very easy to create one with the help Cryptic Disk. Just go through the instructions:
How to Create an Encrypted Container
How to Encrypt a Volume

For free accounts Dropbox provides a 2Gb storage space. It means we will need a 2Gb encrypted container. If you have a paid Dropbox account the encrypted volume has to be the same size as the Dropbox account. If you store not much information at Dropbox you can adjust the container size accordingly.

Now there is an encrypted volume (or container). First you need to mount it and move the Dropbox folder there. Here’s a step-by-step guide.

1. Enter the password and mount the encrypted container to any free letter. 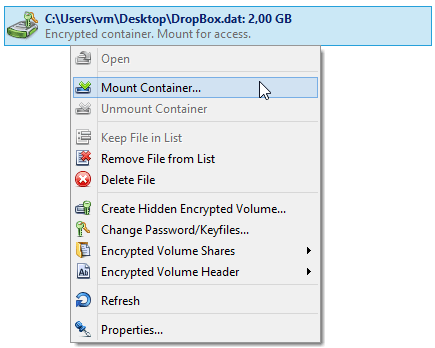 Please remember the letter since Dropbox will be set to store its folder on the volume only with this letter. Select, for example, the letter “P:”. 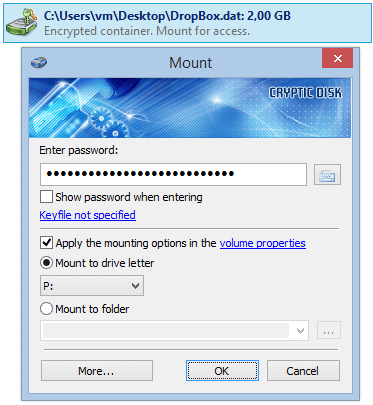 After mounting the system will display an encrypted virtual volume under the letter “P:”. 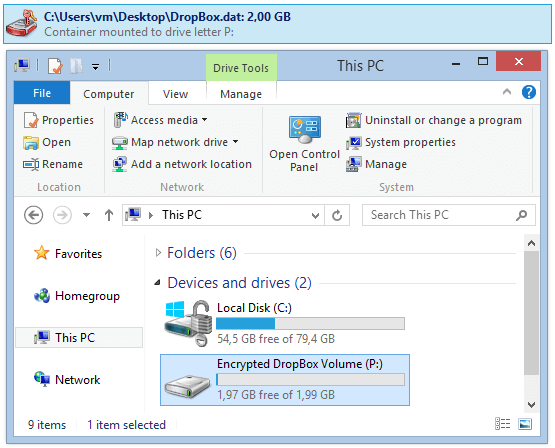 2. Move the Dropbox folder to the “P:” volume using Dropbox utilities. To do that open the Dropbox settings window. Click the Dropbox icon in the system tray to open the menu and click the gear icon there and select “Parameters…” menu option. 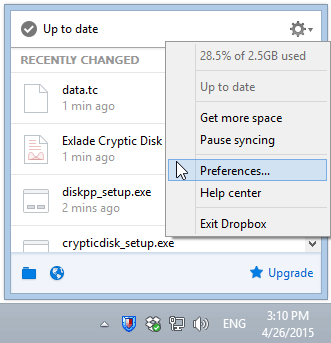 In the Dropbox settings window go to the “Advanced” tab and click “Move…” button at the Dropbox folder path field. The “Folder List” window is opened. Select the mounted encrypted volume under letter “P:” and click the “OK” button. 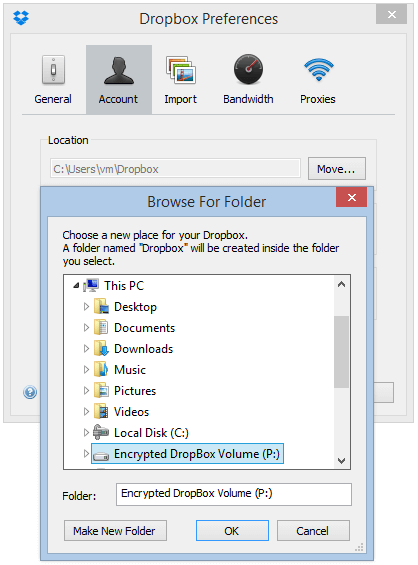 The Dropbox application will ask for confirmation. Click the “OK” button here.

Dropbox will start moving all the files from the previous location to the encrypted volume. The time needed for the operation is directly dependent of the volume of the files to move.

3. In the Dropbox settings window go to the “General” tab and untick “Launch Dropbox application upon system start-up” and click “OK” button (you will not need Dropbox settings anymore) to disable this option. You will later configure Dropbox for automated launch upon mounting of the encrypted volume. 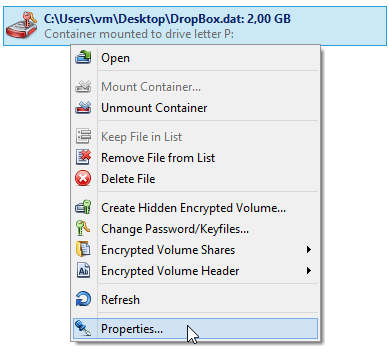 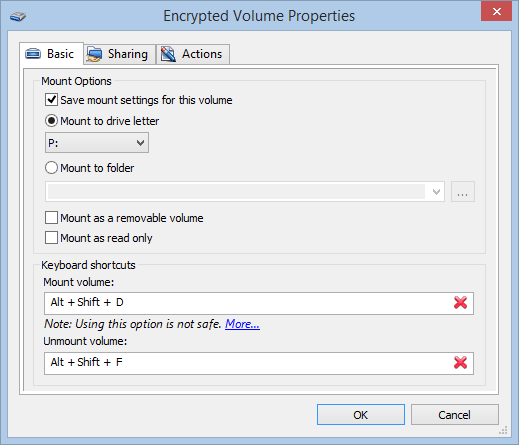 Here also you can set hotkeys for mounting/unmounting of the encrypted container.

6. You can set Dropbox to be automatically launched when the encrypted volume is mounted. To do that go to the “Actions” tab in the encrypted container settings window and select the “After Mounting” subtab and click the “Add” button. Select the “Run programm…” option in the drop-down menu. 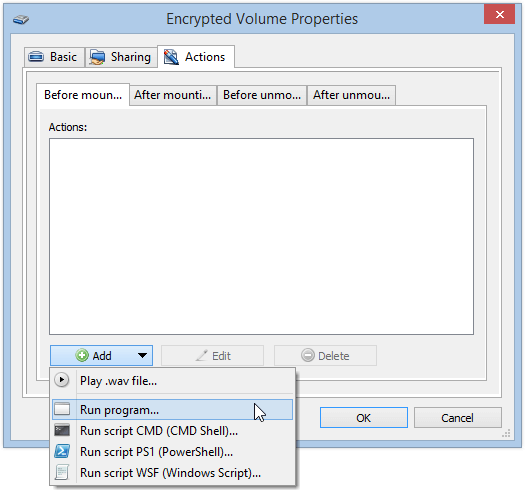 You should specify the path to the Dropbox executable file. This file is located in the current user folder but it also can be in the “C:\Program Files\Dropbox” folder. See an example of the file path in the screenshot below. To check the set parameters you can close Dropbox at this stage and then click the “Run” button in this window and see Dropbox being successfully launched.

Check the file path. Click the “OK” button and the window is closed.

The encrypted volume settings are configured. Click the “OK” button in the settings window.

Join our 17,000+ subscribers and receive the latest product updates and interesting articles.

Connect with us
Products
Languages
Try Cryptic Disk for free

Get started in just a few seconds and try Cryptic Disk free for 30 days.